Nowhere to Park? How Autonomous Vehicles Could Fix the Parking Shortage

Last month, the RAC released a report finding that the average car in the UK is empty and parked for 23 out of 24 hours in a day. It is no wonder, therefore, that you’ll regularly hear your colleagues, your friends and your neighbours grumbling about the lack of parking around their house, place of work or even their favourite restaurant. Is there an obvious solution to this? Really, there’s a few. But one of particular interest is how autonomous vehicles might come into the equation.

Self-driving cars have been a hot topic in the automotive industry for many years now and they continue to be considered as the “end goal” of technological advancement within this field. If autonomous vehicles truly are as inevitable as they seem, HX Car Park Management is naturally curious as to how this might aid in shaping “the car park of the future”.

With that in mind, here are our findings…

Cars That Park Themselves

Research conducted by the British Parking Association (BPA) showed that the average British motorist spends four days (90.5 hours) per year looking for parking. This is over five times the American average. In the future, autonomous vehicles will be able to drop their owners off at the relevant location (whether that be the office, the supermarket, the gym, etc.) and then disappear off to park themselves whilst the owner goes about their business, saving the motoring public hours of time usually spent looking for a parking space. 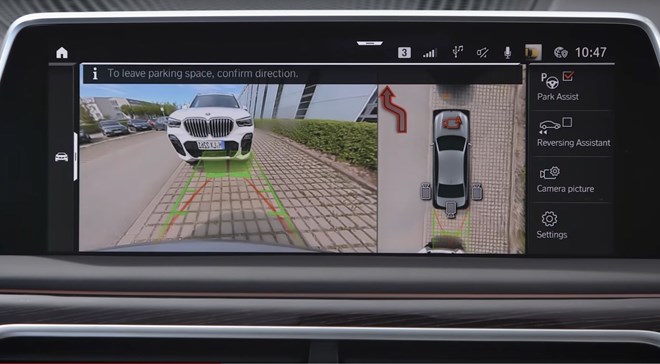 A recent study from the University of Toronto explored the impact of autonomous vehicles on car park management, specifically with reference to how driverless vehicles can help to free up parking space in towns and cities.

Firstly, in the age of autonomous vehicles, parking spaces will likely be smaller. If the vehicle owner has already been dropped off at the point of arrival, the vehicle can be parked in a much smaller space, as there is no requirement to open the doors once the vehicle is parked.

Secondly, it will be more acceptable for vehicles to block each other in; if a vehicle needs to leave, it will be able to signal the surrounding vehicles to move out of its way. Traditional car parks are designed in an “island” layout, whereby cars are able to pull in and out of any space freely, without being blocked in. In the era of autonomous vehicles, however, car parks will be designed akin to solid grids, whereby the outer cars will move out of the way when an inner car needs to enter or exit.

The theory behind this system is nicely visualised here.

Researchers at the University of Toronto tested this grid layout extensively in order to ascertain the optimum size for storage whilst also requiring the fewest possible movements in order to free any given vehicle. The researchers simulated a variety of possible layouts and used artificial intelligence to optimise the model for fewest possible relocations and maximum capacity. In optimum scenarios, the layout was able to accommodate 87% more cars than a conventional car park – almost double. 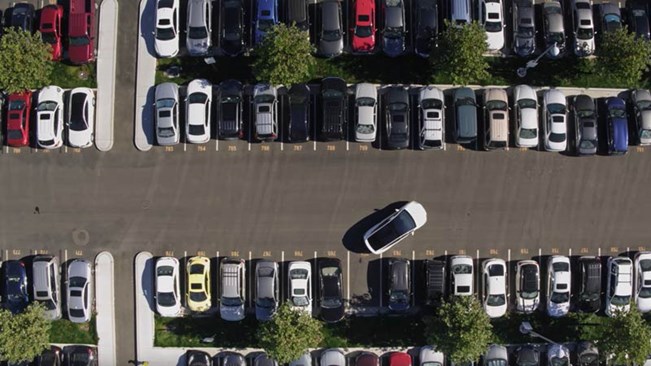 The theorised system is also much more flexible in terms of adapting supply to meet changes in demand, as the layout and the formula can be altered on a daily, or even hourly, basis in order to accommodate additional vehicles or create more space.

Whilst the mass consumption of autonomous vehicles remains a little way off, and of course it’s great fun to speculate on what the future might hold, the most effective way to deal with the parking shortage at present continues to be with an emphasis on effective and considered car park management. That’s where HX Car Park Management comes in. We are a team of car park management experts and we offer the most up-to-date technology in relation to car park management, including state of the art solar, wind and hybrid ANPR systems.

HX Car Park Management would like to use cookies to store information on your computer to improve our website and to enable us to advertise to you those products and services which we believe may be of interest to you. One of the cookies we use is essential for parts of the site to work and has already been sent. You may delete and block all cookies from this site but some elements may not work correctly. To find out more about online behavioural advertising or about the cookies we use and how to delete them, please refer to our Cookie Policy. By closing, you're agreeing to cookies being used in line with our Cookie Policy.